As chartered HR professionals in the business of people, we take care to demonstrate empathy and work flexibly. We foster environments where challenge is healthy and supportive. 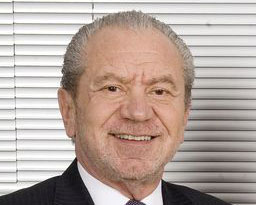 Whatever the outcome of the Sugar vs English tribunal (which at the time of writing will be decided in the next few weeks) and the potential rights and wrongs of the matter on each side, it seems pretty clear to me that Stella English was not a great example of an employee fully engaged in what she was employed to do at Lord Sugar’s empire.

When it comes to tribunals, it’s well known that they generally start with a misunderstanding which is not dealt with; in English’s case her assertion that she was an “overpaid lackey”, which meant her role had no meaning for her.  In Lord Sugar’s case, he seems to have adopted a “what did you expect?” sort of approach along with the frustration that he has put a lot of investment into an employee who doesn’t appear to be showing any gratitude whatsoever.  Both have ended up embroiled in a media circus where English is suing him for constructive dismissal.

Famously aggressive management style aside (that’s a blog for another day), could Lord Sugar have avoided all of this public confrontation if he had adopted some key principles of employee engagement?

All in all Stella English has nothing to lose by suing Lord Sugar but the case raises some interesting questions about how Lord Sugar’s empire is organised and what success looks like.

What do you think about the case? Do you have any sympathy for Lord Sugar?

For more reading on this subject, see David MacLeod and Nita Clarke’s research, Engage for Success, for more information on employee engagement and the enablers of engagement.